An execution \(\sigma\), which we can also refer to as a behavior, is as an infinite sequence of states

We say that a property \(P\) is a safety property if and only if the following holds for all behaviors:

This definition says that if a behavior violates a safety property \(P\), then it must do so in some finite prefix of the behavior i.e. the violation occurs at some discrete point. After that point you could try to extend the behavior with any suffix \(\beta\) but you would not be able to remedy the violation. Note that even though a safety property is always violated at a discrete point, it may require looking at an entire behavior prefix to determine whether the property is violated. Invariants are a class of safety property whose truth can be determined by looking at a single state of a behavior e.g. “x is never equal to 0”. There are other safety properties, however, where this is not the case. For example, to determine the truth of a property “if x=0 then x=1 three steps later” we must examine multiple states of a behavior.

Intuitively, we can think about a safety property as one which rules out “bad” prefixes. It only includes behaviors where all prefixes are “safe”, where a safe prefix is one that can be extended to satisfy \(P\). We can formalize this intuition by looking at the contrapositive of the definition given above:

We can simplify this formula to derive an alternate, equivalent form of the definition:

If we swap the order of the final statement we get:

which captures the intuition that a safety property \(P\) is one where the behaviors in \(P\) are exactly those with safe prefixes.

We say that a property \(P\) is a liveness property if and only if the following holds:

where \(\overline{P}\) is the smallest safety property that contains \(P\), and \(L=\neg(\overline{P}-P)\).The topological characterization of safety and liveness properties is not the best way for me understand the topic at first since I don’t have a strong prior intuition in topology. We can prove the theorem without resorting to the topological characterization, though.

We can see how the intersection of these properties gives us \(P\): 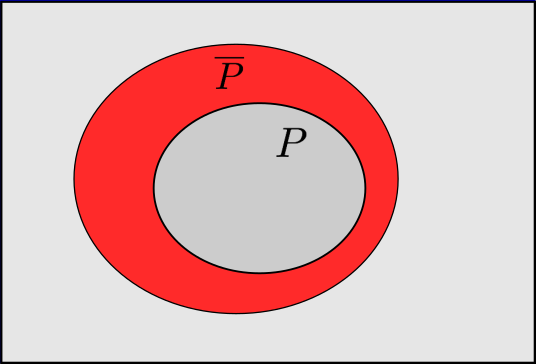 Note that I got some inspiration for the above explanations from this short lecture on safety and liveness.

At a high level, the safety liveness decomposition feels somewhat natural, since it reflects the way we often think about the behavior of real systems. It turns out, however, that it is also possible to express any property \(P\) as the conjunction of two liveness properties. This is an additional theorem given in Defining Liveness. If \(S\) is the set of all states, and \(\mid {S} \mid > 1\) (i.e. there are at least 2 possible system states), then we let \(L_a\) be the set of all executions with tails that are infinite sequences of \(a\)’s and \(L_b\), similarly, be the set of sequences with infinite tails consisting of \(b\)’s. The intersection of \((P \cup L_a)\) and \((P \cup L_b\)) (which both happen to be liveness properties) gives us \(P\). I don’t have a good intuition for why this decomposition works yet and I’m not sure if it has any notable theoretical or practical significance, but I found it to be an interesting auxiliary result.